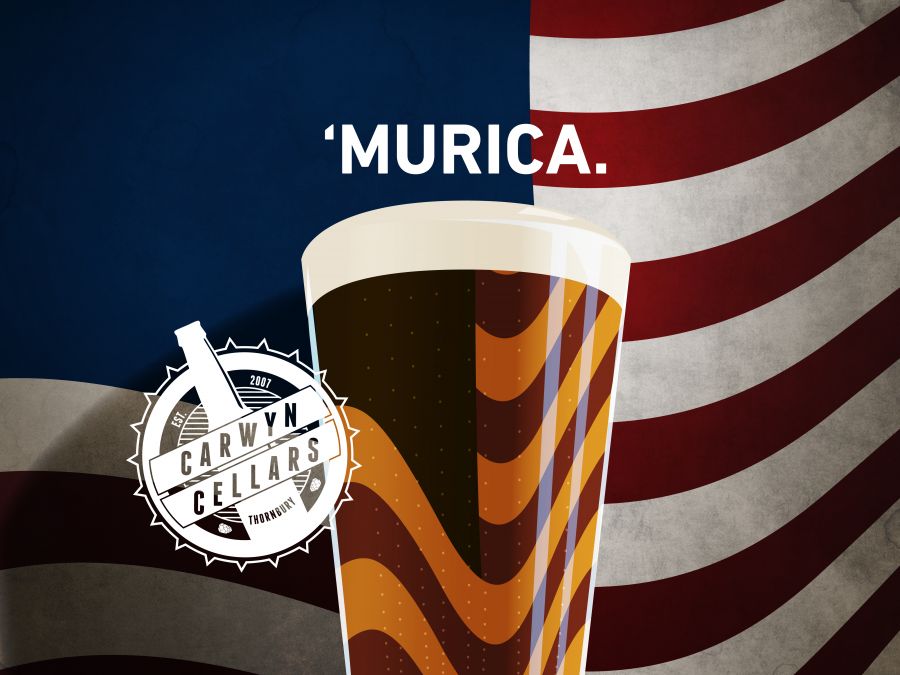 Carwyn + USA Pint of Origin = One hell of a week long party. With 100+ beers pouring over the week (many limited releases & exclusives), brewers galore and Tex-Mex Barbecue being served all week, this is a guaranteed good time.

Here's the FULL rundown for the week.

TUES 16th to THURS 18th - COAST to COAST. This is where we go nuts. Over three days, we are pouring as much ridiculously cool beer as we can from ALL over the great land of America.

SAT 20th - BOATROCKING the USA: Boatrocker Rarities VS the US beers which inspired them - A MASTERCLASS event.

*ALL brewer parties are FREE entry, however each brewer is also hosting a MASTERCLASS. These sessions are ticketed and are listed separately.

Boatrocking the USA: Boatrocker Rarities vs the American Beers which Inspired Them

Last year's runaway success is returning, but with an American focus. Boatrocker's Matt Houghton has brewed five of his rarest beers and told us which American beers inspired them. We've brought them together for a masterclass!

Our intimate masterclass sessions are a rare opportunity to listen to brewery founders, brewers & industry leaders give an insight into these hugely successful breweries. Expect approximately eight beers to be served alongside cheese.

Monsters Of US Craft Parties

As the official Pint of Origin USA venue, we have secured the biggest names in US craft. Stone, Deschutes, Sierra Nevada & Oskar Blues will be filling our 20 taps, check our full listing for dates!

We have thrown down the ultimate challenge to Portland based Beer-Cocktail expert Jacob Grier. 3 of our staff will take him on in a freestyle booze battle where you get to drink and decide the winner.