GOOD BEER EVENTS FOR YOUR THURSDAY AND FRIDAY

Let the weekend begin early! It's the Thursday of #GBW17, and there's still plenty of good stuff to fit in.

If you've already got tonight sorted, then have a look at the events for Friday below with tickets remaining. There's still plenty to choose from, so get your weekend started right!

And don't forget, if you're off to the Australian International Beer Awards tonight, you'll find the official AIBA After Party at the Festival Hub at Beer DeLuxe Federation Square!

Tap831 brings in the crew from South Australia's mismatch Brewing for a Thursday afternoon tap takeover.

The Park Hotel turns their taps over to American beer legends Founders until Sunday, including 11 exclusive beers!

Young Henrys take over the Bendigo Hotel for a night of rock'n'roll mayhem, with live bands, BBQ and plenty of beer.

THE CRAFT OF LAGER: DINNER

Napoleone and Trumer Privatbrauerei pair six of their craft lagers with matched courses from The Tippler & Co.

Meet the Ballast Point brewers at this beer matched banquet dinner at Young & Jackson. There will be Sculpin!

Pure South offers a Friday long lunch of artisan produce paired to Moo Brew beers. The perfect way to see in the weekend. 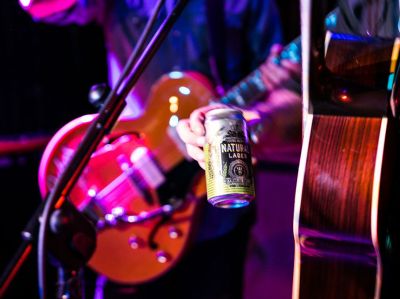