GOOD BEER EVENTS FOR YOUR WEDNESDAY AND THURSDAY

You've reached the middle of the week, and it's now all a downhill slide to the second weekend of #GBW17!

For your midweek beer adventure, we've got free events below for today, and a few events that still have tickets remaining for Thursday. Check them out and see which way your beer adventure will lead you!

And don't forget, you can head to 505 Cellar all of this week and try the
Official Good Beer Week Burger!

Head to the Dan O'Connell for a trivia night with heaps of beery prizes to win from some of Australia's best breweries!

Freddie Wimpoles lets Brooklyn and Stone take over their taps throughout #GBW17, with rare beers on tap all week long!

All week long, drop in to Munich Brauhaus for a Bavarian lunch and tasters of five Bavarian pure biers for $50!

12 Scandinavian beers, 12 cured meats. One night you won't forget! Atticus Finch has got all your beer & meat needs covered.

All week long The Last Jar has Irish inspired beers, music and food taking over the place so you can feel the luck of the Irish any day. 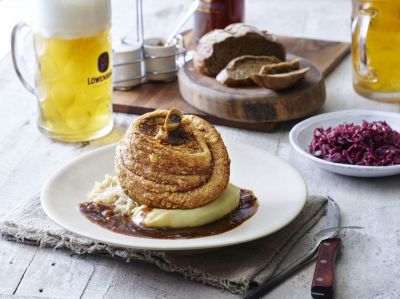