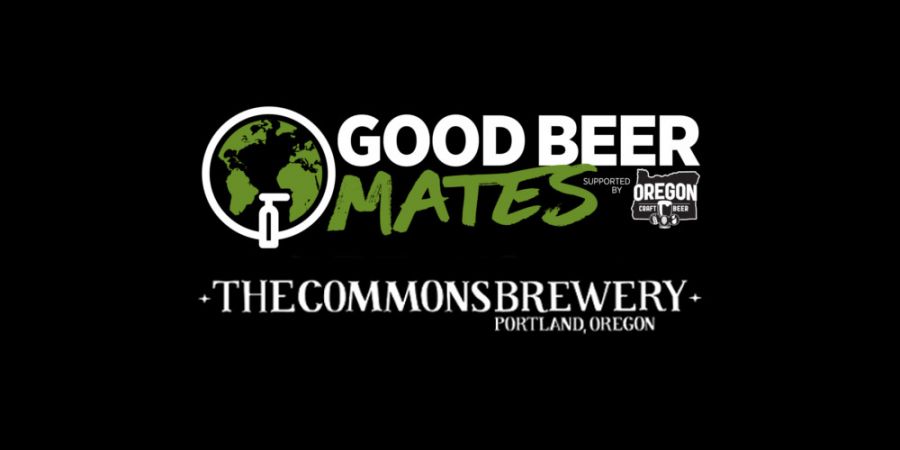 As part of our Good Beer Mates series, we'll be hosting Commons for an exclusive 'Meet the Brewer' event, sharing insights on brewing in Portland, alongside Melbourne brewing stalwarts 3 Ravens Brewery, who they have brewed a very special collaboration with.

It was a notion of gathering with friends, family, and neighbors to enjoy a beverage, a meal and conversation that The Commons Brewer was rooted in when it started in Mike Wright’s garage in Southeast Portland.

The Commons strives to make well executed, approachable beers with a refreshing and lively character. You can call them yeast forward, they’re comfortable with that. The beers are geared to be session-able and therefore enable or enhance social interaction. For consumers, the focus should be on friends and family they are sharing time with.

In 2015, Sam moved from Burnside up the road to The Commons 'inner-city rustic farmhouse brewery'. Inspired by tradition, The Commons beers encompass a range of styles, from the farmhouse ales of Northern Europe, to classically crisp German-style lagers, and a range of experimental barrel and Foeder-aged sours.

Also at The Catfish

Cavalier Brewing proudly present King Wolf - Melbourne's most loved and loudest rock'n blues band are finally back for 2017. Join the fun and shake the foundations! Tickets will sell fast!

Join the Merri Mashers as they brew with our special guests from Oregon's own Deschutes, Commons & Breakside Breweries. Brew, chat & just hang out with international professionals & local amateurs.

Throughout Good Beer Week, The Catfish will serve up events offering you the chance to meet our Portland mates, and a tap takeover Melbourne's never seen before, including beers from Breakside Brewery, Commons Brewery, Upright Brewing, pFriem Family Brewers, Gigantic Brewing and Baerlic Brewing Co.

Oregon brewing legends Breakside hit The Catfish for an exclusive event, sharing insights on brewing in Portland, alongside local Melbourne brewers Kaiju! Beer, that they have collaborated with.