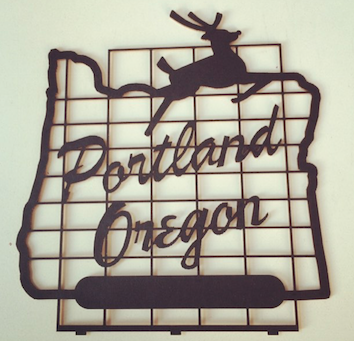 On arrival, you will be greeted with two special release beers:

YOU WILL ALSO ENJOY:

To turn things up a notch, beer cocktail expert Jacob Grier will match each beer served with a cocktail twist, making use of his vast knowledge of both beer and spirits.

Le Bon Ton brings their signature southern style to the night, offering a supper style menu to perfectly complement the beers and cocktails on offer.

The Texan chefs in the kitchen will present crab cakes, jerk spiced fried chicken, brisket sliders, and of course, something a little bit sweet to finish the night on.

Beer, spirits, good food, American style hospitality and some quality Portland people. What more could you want for a Monday night?

The Ghosts Of Brooklyn

An exclusive night with Ken Grossman, founder of Sierra Nevada, on his first ever trip to our shores. Le Bon Ton cooks up a feast of American BBQ favourites while Sierra Nevada introduce four very special brews.

An Evening with Oskar Blues

Le Bon Ton teams up with Colorado's Oskar Blues, as Head Brewer Tim Matthews presents rare beers from the pioneers of craft beer in a can, while Le Bon Ton chefs offer dishes to match. *Please note this event has been moved from Longhorn Saloon to our sister venue Le Bon Ton

Once in a Blue Moon

A Taste Of Stone

Stone Brewing's Director of Brewing Operations Joel Grosser is coming to Melbourne and bringing some special releases to taste alongside a light supper provided by the Le Bon Ton chefs.