An Italian Feast with Fury & Son 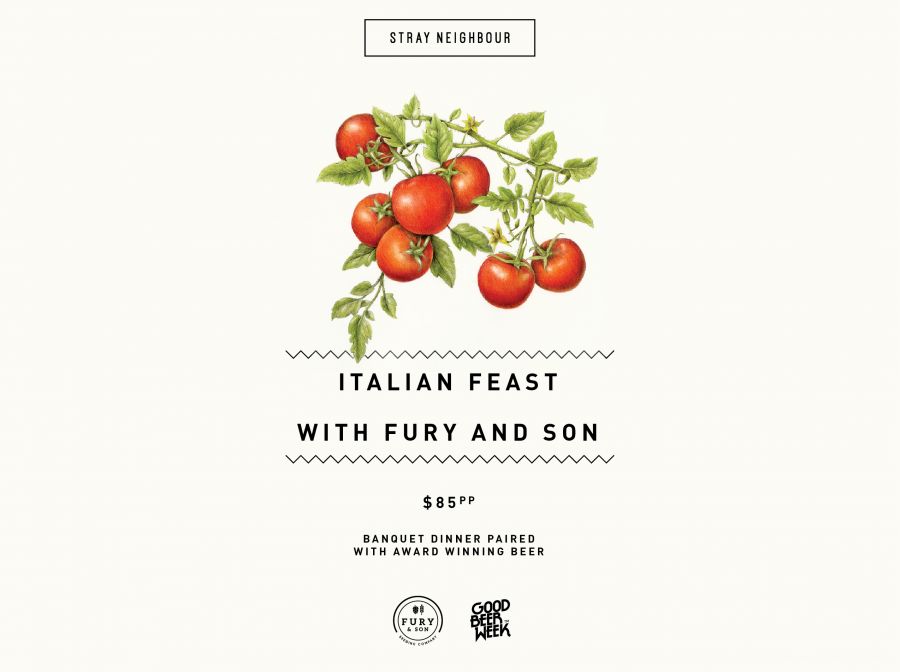 Following the success of their last GBW dinner, Stray Neighbour has joined forces this year with the very talented team at Fury & Son Brewing, who will provide beers from their amazing range to match with an rustic Italian feast designed by chef Romina Gagliardi.

Born in the winter of 2016, Fury & Son (Reno & Andrew), are a father-and-son operation with the enlisted help of head brewer Craig Eulenstein (formerly of Mountain Goat, Monk Brewing and the 2015 Craft Beer Awards Champion Brewer)

Stray Neighbours euro-influenced menu has always had an emphasis on sharing as well as being craft beer focused boasting 12 rotating taps and exciting bottle list.

This banquet will incorporate 4 courses of beautiful food from Rominas’ heritage complimented by Fury & Son’s impressive true to style range of beers, beers that won Gold and Bronze at the 2016 CBIA awards. As well as a one off, (one keg only!) collaboration beer which the two teams brewed exclusively for this event.

Above all else, Italian food is about simplicity and respect for good produce, an ethos that both Stray Neighbour and Fury & Son believe in.

Come join the brewers, chefs and beer lovers for this amazing dinner. Tickets are limited so book now to become part of Preston's food and beer revolution! 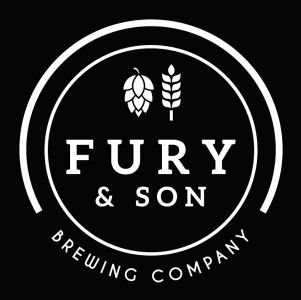