It's Time... For Canberra Beers 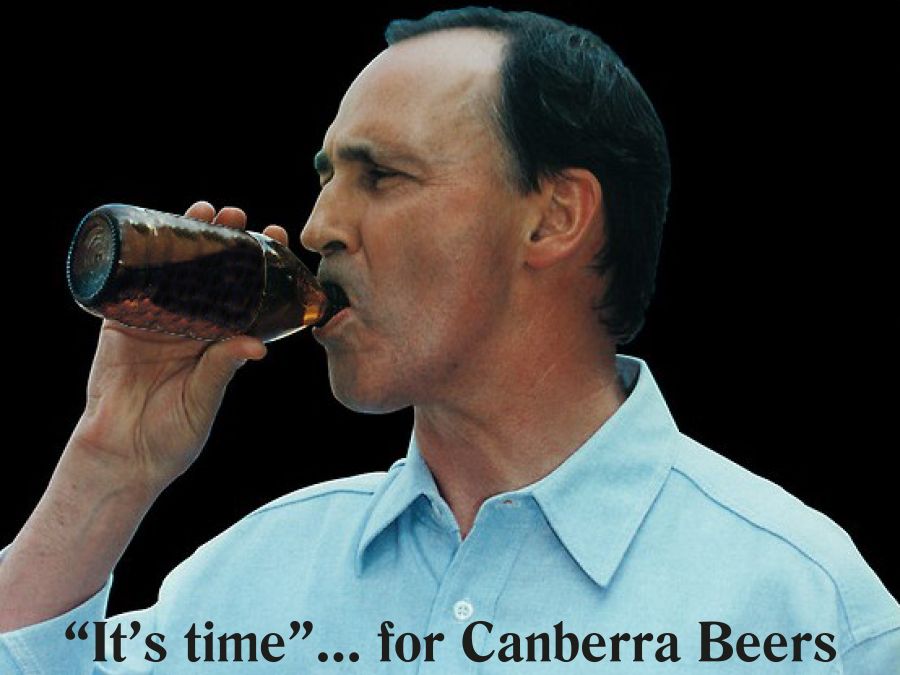 The nation’s capital has been underrepresented since the first Good Beer Week and thus “It’s Time”… to bring them back.

With three of the Capital’s finest breweries and brewers on board we will bring you a night of beer, brewers and all things Canberra fun, set in the esteemed venue of Atticus Finch.

So pull up a seat in the public gallery and enjoy Canberra brews, breweries and brewers with out having to actually visit the nations capital With 3 beers each from:

Pact Beer Co (pactbeer.com.au): with Brewer Kevin Hingston to present Pact Beer Co’s Maiden Speech to Melbourne. Including the only keg in Melbourne of their Double Dissolution Bitter.

Bent Spoke Brewing (bentspokebrewing.com.au): with brewer Richard Watkins representing the seat of Canberra, with a beer so new it only gets launched in Canberra this Friday!

Capital Brewing Co (capitalbrewing.co): with Brewer Wade Hurley canvassing the electorate of Atticus Finch including a tasting of the limited release Springboard American Wheat with Orange, Honey and Corriander

You, the electorate of GBW, will be given the opportunity to vote above or below the line for your favourite Canberra beers and brewery.

*Paul Keating is in no way associated or endorses this event, though he is more than welcome to come.

Twelve Scandinavian beers, twelve cured meats. It's epic and it's back. We explore the creative brewing hub that is Scandinavia, pitting their skills against the best of Australian smallgood makers.