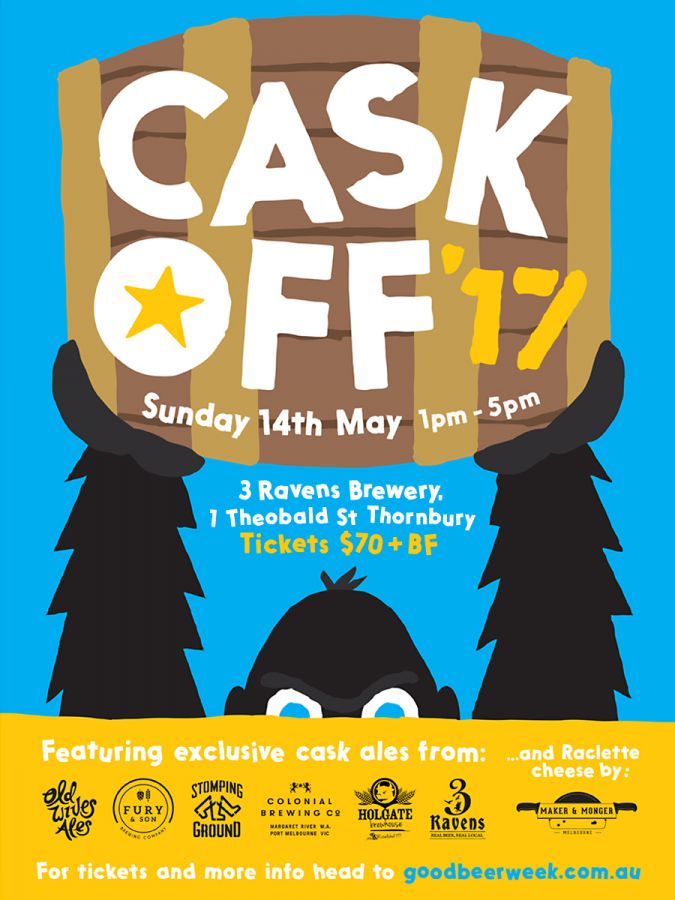 Cask Off is back at 3 Ravens Brewery for Good Beer Week 2017. Since its incarnation in 2012, Cask Off has gained ‘real’ momentum and proved itself to be one of the maltiest events of the year.

Wander around the 3 Ravens Brewery & Bar amongst the fermenters and barrels, drinking real ale with old and new friends alike. Pour yourself a glass (or more) direct from each cask and chat to the brewers about their creations.

This year, we have brought together a selection of six local breweries that we believe are current exponents of this style (see below). The brewers will bring two different cask conditioned beers on the day. One that is more traditional in style and the other, a more wild, experimental creation. All ales will be served on "stillage"; that is the beer will be served directly from the casks to your glass, all freshly tapped by the brewers on the day.

There will be live music playing throughout the day and food brought to you by Maker & Monger. A raclette & grilled cheese bar with a hand picked selection of artisan cheese inspired by history, traditional recipes and the travels of a wandering cheesemonger.

All-inclusive, this is one Good Beer Week event not to be missed!

What is real ale?

Real ale is a beer brewed from traditional ingredients (malted barley, hops water and yeast), matured by secondary fermentation in the container from which it is dispensed, and served without the use of extraneous carbon dioxide. It is literally living as it continues to ferment in the cask, developing its flavour as it matures ready to be poured into your glass.

• Although we don’t recommend driving, if you do have a designated driver there is plenty of free parking outside the brewery.

• If you decide to ride, there are numerous areas to lock up your bike.

• If you know yourself too well and decide that the above two options are just down right dangerous, there will be a shuttle bus running to and from Thornbury train station both before and after the event.

• Other public transport options include getting on the 567 Bus from Fairfield train station or the 552/553 bus down Dundas St from High St, Thornbury. 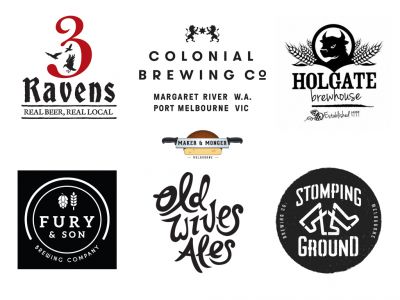 Ben's Brew Tours and 3 Ravens bring you a cheese, chocolate and coffee pairing experience. Matching beers with produce from Milk the Cow, Ganache Chocolate and Aviary Coffee, this experience is simply mouth watering!